Protecting our health and environment

TMACOG works to support the Clean Air Act and any changes to air quality standards. Right now, our region is in compliance air quality. Let's keep it that way.

Ozone, when it is close to the ground, has damaging effects on health and on the environment. As the main ingredient of smog, ozone can destroy lung and airway tissue by actually burning through cell walls — damaging lungs much like the sun damages skin. Ozone also damages plants in the same way.

Particulate Matter, or PM-2.5, refers to tiny particles that are smaller than 2.5 microns (smaller than the width of a human hair). Particulate matter has several sources including earth moving activities, tires and brake linings as they wear down, smoke, and vehicle tailpipe emissions. Because particulate matter is so very tiny, it easily bypasses your lung’s protective systems.

Carbon Monoxide (CO), an odorless, tasteless, invisible, and poisonous gas, comes mostly from vehicle exhaust. Exposure to carbon monoxide reduces the ability of blood to carry oxygen through the body. High levels of CO exposure can cause headaches, dizziness, visual impairment, reduced manual dexterity and learning ability, and even death. Carbon monoxide reduces the delivery of oxygen to the body’s vital tissues, affecting the nervous system.

Vehicle Emissions and the Air We Breathe

The EPA has established the six major air pollutants that are most dangerous to public health and welfare:

When gasoline and diesel fuel are burned in a car or truck engine to produce power, they produce numerous tailpipe emissions including:

Regulations and other efforts by government and industry since the Clean Air Act was enacted 1970 have greatly reduced typical vehicle emissions. However, in the same number of years, the number of miles we drive has more than doubled!

This council's mission is to provide the work necessary to support the Clean Air Act Amendments of 1990, the Air Quality Maintenance Program and to satisfy any changes resulting from the newly proposed air quality standards 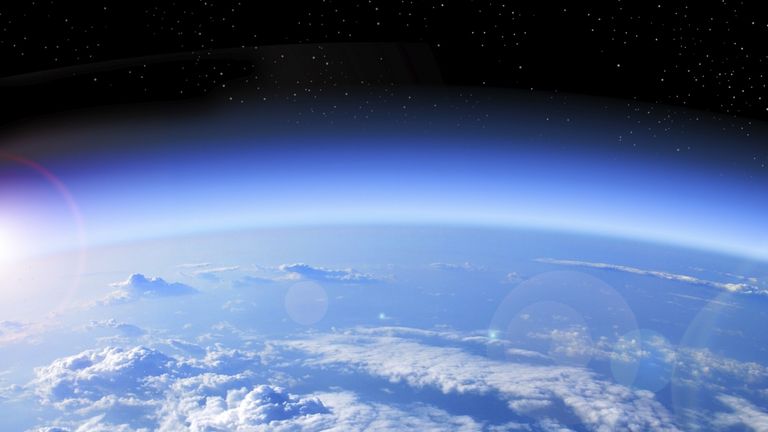 From April through September, ozone can be a regional air pollution problem. Ground level ozone is a lung irritant and can be especially dangerous to those with respiratory conditions, children, the elderly, and those who do a lot of outdoor exercise.

From April through September, ozone can be a regional air pollution problem. Ground level ozone is a lung irritant and can be especially dangerous to those with respiratory conditions. Daily forecasts will resume in April 2022.

Daily forecasts will resume in April 2022

Lots of people want to drive less. Now, people who want to bike, bus, walk, or carpool to work have a new
resource – and one that rewards them for choosing to travel smarter.