An improved highway connection between northwest Ohio and Columbus is a bit closer to reality because of consistent pressure from TMACOG and its partners including TAGNO (the Transportation Advocacy Group of Northwest Ohio), and the Toledo Regional Chamber of Commerce. 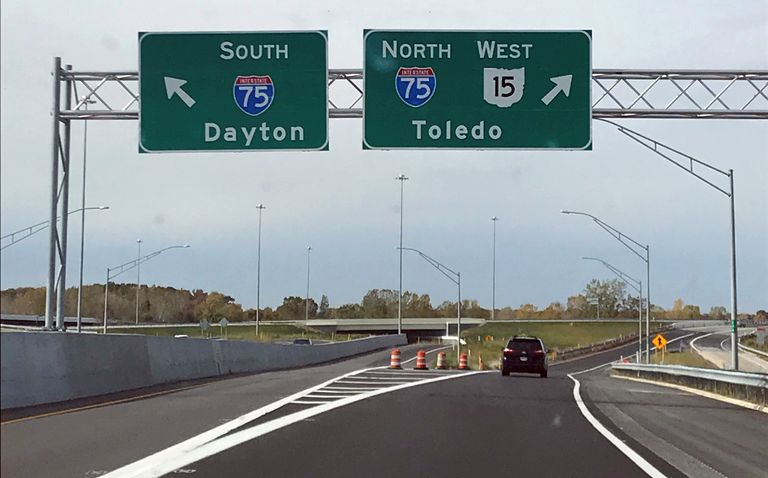 Funding for a new feasibility study has been secured by TMACOG through ODOT State Planning & Research (SPR) funds. Of the $ 1 million study, half will be funded through ODOT with the other half split between TMACOG and MORPC (the Mid-Ohio Regional Planning Commission). TMACOG has amended the TIP (the Transportation Improvement Program) to include the study and the Executive Committee has approved the expense.

TMACOG has been a force for a better connection between northwest Ohio and the state capital for at least 20 years. The most recent serious push began in early 2019 when TMACOG president Tim Brown delivered a letter to newly elected Ohio Governor Mike DeWine and others asking again for attention to the issue. ODOT Director Dr. Jack Marchbanks has taken up the issue and called for the study.

The current route between northwest Ohio and the state capital is a patchwork of state and federal routes and city streets. There are at least 40 traffic lights between I-75 and the beltway around Columbus. Not only is this a nuisance and safety hazard for government officials and other individuals with business in the state capitol, but freight traffic must also navigate stop and go traffic. In the last several years, development has increased in the Delaware area, making congestion worse. Many ideas to streamline the connection have been floated over the years including an I-73/74/75 project, or a big upgrade for US 23. A better connection has been in the Transportation Legislative Agenda since 2008 and has been noted in TMACOG’s long range plans since at least 1996.

Planning for the Future

The volume of traffic between Toledo and Columbus is expected to increase as population and development increase in the corridor. However, ODOT and TMACOG are thinking beyond this relatively short Toledo-to-Columbus route. One major factor changing perspective is the Gordie Howe International Bridge between Canada and the U.S. which is on track to be complete in 2024. This direct highway-to-highway connection between the two international trading partners is expected to have significant impact on the flow of freight and commerce through northwest Ohio and points far south and east. A Mid-Atlantic Corridor is the vision for smooth highway connection from Detroit, through Toledo, to Columbus, and on to Huntington WV, Winston-Salem NC, and Myrtle Beach SC.

The TMACOG office is open with staggered staff hours, and a full implementation of safety procedures.

Please contact us to make an appointment if you need to visit us. Face coverings are required of staff and guests. Email remains the best way to contact all staff.