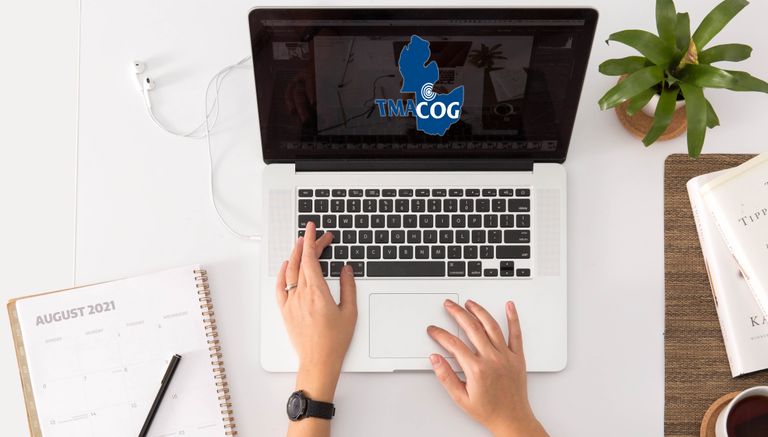 TMACOG’s Summer Caucuses with State Lawmakers were again conducted virtually, Aug. 3-5. While not being able to discuss issues face to face, many members remarked that the online format allowed them to join multiple sessions, unlike a one-day, in-person event. A handful of people managed to participate in all seven sessions. Summaries and links to the notes of the individual caucus sessions can be found below.

Most of the caucuses continued to focus at least in part on the COVID-19 pandemic. Members shared impacts and lessons learned in their communities and discussed whether online meetings will continue to be a useful tool. The authority for most public boards and commissions to govern during virtual meetings ended this summer, but teleconferences can still be used when voting does not need to take place.

TMACOG President Tim Brown pointed out that the legislature granted university boards of trustees the authority to meet and govern via teleconference. He would like to see multi-jurisdictional boards like TMACOG’s Board of Trustees also have permissive authority to meet from time-to-time utilizing teleconference authority. Remote authority is useful to TMACOG because it has resulted in higher attendance at meetings and can help with getting more people involved, as it removes long commutes to the office for many members. TMACOG has 44 board members from throughout the region.

Funding was at the forefront, with caucus participants discussing the finer details of several grant programs with funding available for counties. Kelly Frey, Ottawa County sanitary engineer, discussed the history of the Ohio Water and Sewer Rotary Loan Program. This program ended about 10 years ago, but Ottawa County is advocating for it to be reinstated. This would allow counties to borrow money to offset agricultural assessment deferrals, and then repay the state once the land is developed.

Several county engineers discussed some concerns with a $250 million state grant program for water and sewer projects. They had questions about the timing and scoring process for grant applications, which are to involve review by county engineers, who aren’t as involved with water and sewer projects. Sen. Theresa Gavarone, one of the legislators in attendance, gathered information to share about the program.

City budgets have been impacted by reduced income and sales tax collections due to the pandemic. Some may be required to refund significant amounts of money collected from people who worked from home instead of commuting to another jurisdiction.

As cities make plans to spend ARPA funds and apply for state grants, they were encouraged to work with their law directors and state auditor’s office to ensure projects meet requirements. Cities that have projects ready and engineering complete are going to be in the best position to receive state grant funding, and projects that involve regional partnership will be looked upon favorably.

Many cities are having issues hiring and recruiting police officers. Some are looking to increase their staffing but are facing smaller pools of candidates. City representatives shared different incentives they are offering to bolster hiring.

VILLAGES
Roughly 32 people attended the Villages Caucus, where they talked about some of the same grant and funding sources that are available to counties and cities. Village representatives discussed how they might use the state’s new water and sewer grant program to pay for unfunded mandates such as household sewage treatment systems and combined sewer overflows.

Some communities have expressed difficulty in providing the 20-percent matching funds required for federal projects. Several upcoming federal funding opportunities will include a provision requiring the use of American-made materials.

TMACOG applied for a U.S. EPA grant that would be used to recruit and train water and wastewater operators, a labor force that many communities have said is in need of additional development. TMACOG members have expressed interest in pursuing this work with other funds if a grant is not awarded.

TOWNSHIPS
A total of 29 people were in attendance at the Township Caucus, where Lance Dasher from TMACOG presented information about ODOT’s new Township Stimulus Program. This one-time program will award a pool of $8 million in increments up to $250,000 for projects involving township roads, culverts, and sidewalks. More information is available on ODOT’s website.

Participants suggested potential legislation allowing townships to seek bank loans, which is not currently permitted by Ohio Revised Code. Jerusalem Township noted that bond issues are too small for smaller townships. They currently have to pay cash from their reserves to finance purchases.

Toledo Regional Chamber of Commerce is looking to involve educators in new initiatives to bolster the labor force in a wide variety of sectors, including transportation, health care, manufacturing, and technology. A partnership between Penta Career Center and Owens Community College is exposing students to classroom and workforce experience in manufacturing and machinery.

Several participants commented that there is still stigma about career tech, and that there should be an additional push to expose students and parents to in-demand labor fields at or before they reach 7th grade.

SPECIAL DISTRICTS AND AUTHORITIES
The 32 people who attended the Special Districts and Authorities Caucus discussed the details of expecting funding for infrastructure, including roads, bridges, water infrastructure, and access to broadband internet. This will include an emphasis on climate change and additional funding for transit, passenger rail, and electric vehicles.

TMACOG updated the 2045 Long Range Transportation Plan in June 2020, and it will be a good guide for future projects in the region. One project example discussed is the Chessie Circle Trail bridge over the Maumee River, connecting Lucas and Wood counties. There is currently no source of funding for this type of project.

NON-GOVERNMENTAL MEMBERS
During the Non-Governmental Members Caucus, 31 people reviewed in detail the benefits and drawbacks of employees working from home, either full time or in a hybrid model. Some appreciate the ability to interact with coworkers in the office and during meetings and observe mental health benefits from that social interaction. Offering remote access has increased participation in TMACOG meetings due to less travel, and several people commented on the ability to fit more into the workday. Businesses and organizations shared their experiences with a virtual workforce and how this and other benefits can be ways to recruit staff.

TMACOG staff are working a combination of in-office & remotely. Email is the best way to contact staff. All TMACOG meetings and events will now be held in person unless noted otherwise. If it is a virtual meeting, the registration/login information will be posted on the meeting calendar.
CONTACT US FOR MORE INFORMATION

The historic bipartisan $1.2 trillion infrastructure bill passed on November 5, 2021.
The bipartisan bill includes $550 billion in new investments in roads, bridges, broadband and more. It
is widely expected to create a lot of jobs.