BUILD Grant will Have Major Impact

The grant will impact projects on both sides of the Maumee River in downtown Toledo affecting many public and private projects. 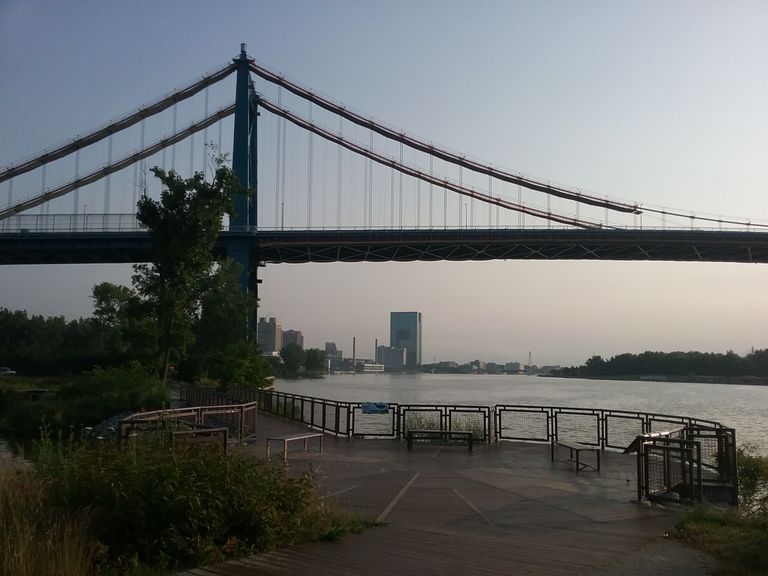 When a group of regional partners began work in July, 2019 on a BUILD grant, all assumed that the first application would be the starting point in a multi-year effort to hone and fine tune the request. In a very unusual and welcome event, the first application was approved, and for the full amount. TMACOG and partners were very pleased to learn on September 10, 2020 of the $23.6 million grant to fund the Glass City Riverwalk. The Riverwalk is a cornerstone of the Glass City Metropark under development in downtown Toledo.

The BUILD program (Better Utilizing Investment to Leverage Development) is a highly competitive grant program. “We frankly did not expect to win it this year,” said David Gedeon, TMACOG vice president of Transportation. “BUILD grants recognize transportation infrastructure projects that will have a significant local or regional impact. To get it on our first submittal is a real testament to the strength of our regional partnership that put the application and supporting materials together.” In this round of BUILD grants, total funding of $1B was awarded to 70 projects in 44 states. There were 656 applications submitted including 19 from Ohio. The Glass City Riverwalk and one other Ohio project (a transit project in Cleveland) were funded.

The money is not coming to Toledo in one big payment; construction costs will be reimbursed as the project is built. After all final agreements on grant management are confirmed, the Metroparks can begin the engineering design and then construction. As the grant administrator, TMACOG’s role will be to submit invoices and records of payment to the U.S. DOT for reimbursement of expenditures. The project can bill the obligated costs through September 30, 2027.

Scope of Work: The BUILD grant will impact projects on both sides of the Maumee River, affecting many public and private projects.

The Glass City Metropark is the name of the newest Toledo Metropark, now in development on the east side of the river. Phase 1 of the park is slated to be open in late 2020.

As part of the BUILD grant request (1% of overall construction funds), specific features in this project area include:

• A transient dock landing to allow residents and visitors safe access to the park by boat.

• A new public transit stop with a shelter to service TARTA buses.

International Park is home to the Docks restaurant complex on the south side of Main Street on the east side of the Maumee River. As part of the BUILD grant request (17% of overall construction funds), specific features in this project area include:

• Almost a half-mile of shared-use bike and walk paths.

• Updating the existing walkway and amenities around the main gathering area, known as the Basin. Plans call for improving the river’s edge with plants and providing stepped access to water. A planted riparian buffer will manage stormwater.

• The area behind the Docks restaurants will be improved with planters and other amenities.

• A transient dock landing will accommodate residents and visitors by boat.

• Add a new public transit stop with a shelter to service TARTA buses.

On the west side of the Maumee River, the majority of the BUILD grant request (82% of overall construction funds), will improve and expand downtown amenities. Specific features in this project area include:

• Repairs to the sea wall along Promenade Park and the ProMedica campus will take the majority of the funds.

• More than a half-mile of shared-use paths will provide a route free of vehicle conflicts for transportation and recreation.

• A new kayak share location to allow for greater paddling access to the Maumee River Trail and metroparks in the region.

The TMACOG office is open with staggered staff hours, and a full implementation of safety procedures.

Please contact us to make an appointment if you need to visit us. Face coverings are required of staff and guests. Email remains the best way to contact all staff.